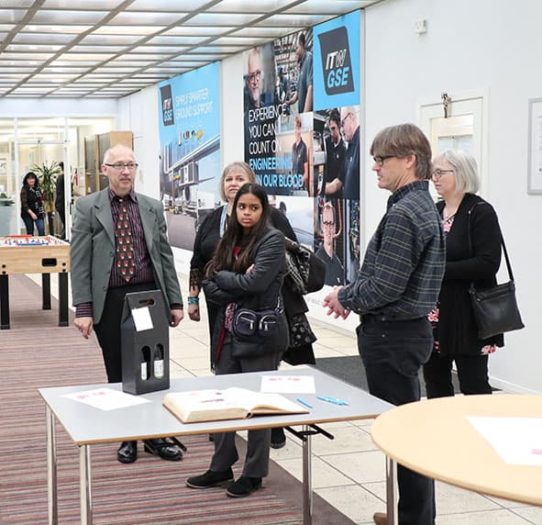 Bent started his carrier with ITW GSE winding transformers back in 1995. Later, he transferred to the GPU production and further to the Power Coil cell. Currently, Bent is almost back where he started – now preparing the transformer sets for integration in our core production.

When we started out our daily exercises, Bent chose to walk. But he did not just walk at a regular speed. He walked so fast that he simply left all others – and almost the runners too – behind. In this way, he got his nickname “The Power Walker”

During his speech, General Manager Henrik Olsson mentioned that Bent is actually no. 15 to celebrate his 25th working anniversary. “You have done an extraordinary job for ITW GSE and have always done the jobs that were assigned to you to the full satisfaction of everybody.” 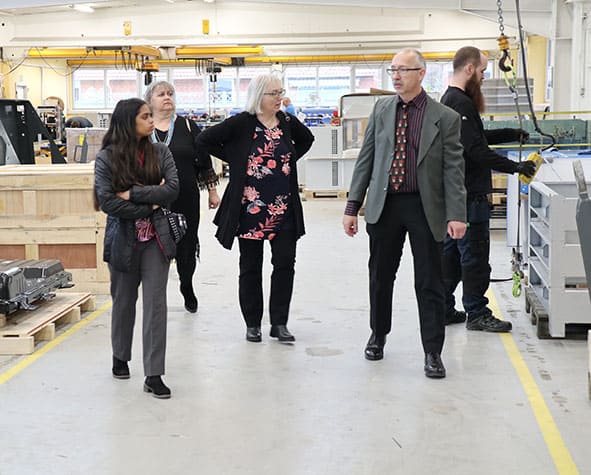 Bent Hess showing around his family in the production.