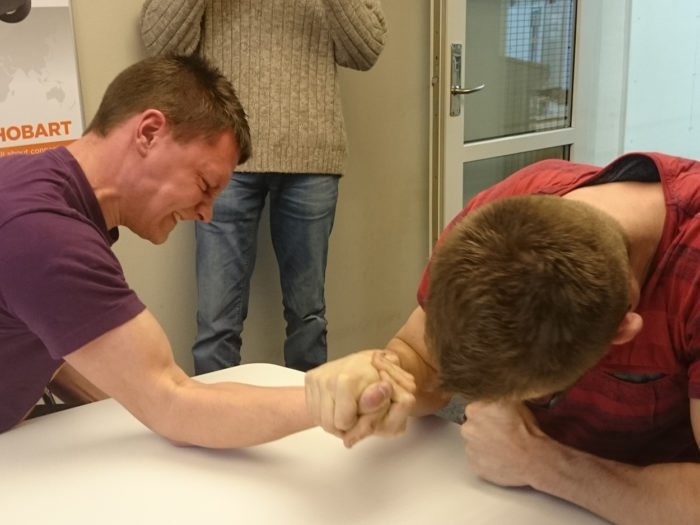 This week, brought  the pleasant visit of technician group no 3 from London Heathrow Airport.

The HAL team took part in the product training and in the football match, during exercise hours, with great enthusiasm. After the class room, they found the exercise so refreshing that they managed  to move forward the second match of the week. The AXA team happily accepted this enforcement of the team with new and strong players.
Later, it came to our knowledge that one of the HAL players had the surname “Strong Man”. But so has my colleague Morten Vollerup. Therefore, we needed a decision – and a fight between the two was soon set up. After several minutes,  Morten came out as the winner, proving that AXA is indeed at strong partner”, says Chris Ringvig, Service & Commissioning Engineer