Round-Up of the Best Airport food in America 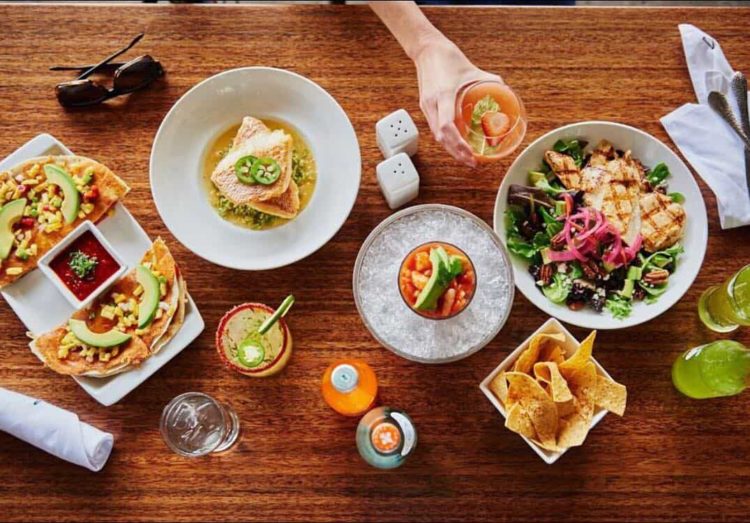 Whether it’s for work or leisure, airports can sometimes be downright stressful, and if you arrive for a long layover with a rumbling stomach only to discover your options include Subway, a generic café, or a humdrum steakhouse, it’s pretty disheartening. However, not all airports are on the bandwagon of providing travelers with bland dining options. We researched the best airport food places in America with the most tasteful eats that transform layovers from an annoyance into an experience.

Texas is a BBQ state, and it isn’t too shabby when it comes to Mexican food either. So, it’s no surprise that Dallas boasts four BBQ spots, including Cousins (a Ft. Worth special), and eight Mexican stops like Urban Taco and Pappasito’s Cantina. There are also eight bars, so you can basically plan your own BBQ and beer crawl through this airport. Also, boring breakfasts are out of the question. The Cereal Bar and Café features pajama clad employees who serve customers their favorite cereal and assortment of toppings. For winding down after a long flight with a hearty glass of merlot, Food&Wine says La Bodega Winery is spot-on.

Known for its eclectic food possibilities, San Francisco even has prime joints in its airport. Alexander and Childers praise Cat Cora, primarily a seafood restaurant that sells gourmet dishes like lettuce gyros filled with spicy halibut and crab, avocado and mango sandwiches, and Plant, a café with all organic produce. Ditch the idea of always succumbing to a McDonalds or Wendy’s burger, Food&Wine says a fulfilling burger can be found at the Burger Joint.

LAX. You either love it or hate it. And yes it’s busy and painfully crowded, but Alexander and Childers state that it showcases food for any palate. From the Caviar and Champagne Bar to The Larder Tavern, which sells dishes like romesco and manchego pork burgers, it’s a gold mine for your stomach.

So, the next time you book travel, keep an eye out for these destinations to turn your travel and layovers from tolerable to enjoyable and stomach satisfying.