Why did Istanbul choose AXA Equipment? 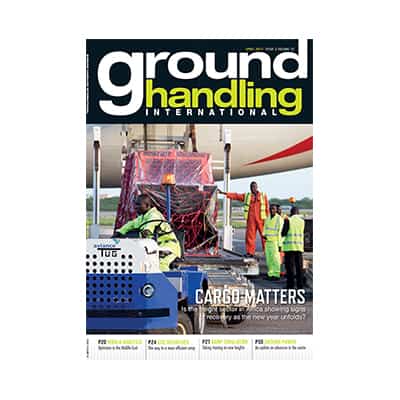 “According to the April issue of Ground Handling International, IGA went through a detailed analysis of the pros and cons for using pit-based solutions compared to apron mounted and bridge mounted equipment. The end result was to go for bridge mounted PCA and GPU equipment. The primary drivers for the decision were the flexibility of the stand usage, since IGA will have 70% of the stands equipped for a MARS configuration because of the anticipated fleet being primarily narrow-body. There was also a need to create open work areas for GSE around the docked aircraft, with clear driving routes to the service areas of the aircraft. We also wanted to provide an integrated solution with the bridge which was functional and aesthetically acceptable.

In the end IGA procured a combined package of PBB PCA and GPU through Thyssen Krupp, which had the combined effect of achieving the integration of the bridge with the PCA and GPU, both logically for monitoring and control, and aesthetically, as the finishing of the bridges was transferred to the PCA and GPU to give a contiguous look and feel.

The operational features which were specified by IGA for this application were the cable coilers which will give the operators ease of use and minimise damage to the cables during operation; and a high fault tolerance of the GPU to allow the operators to quickly diagnose if there is a fault with either the cable or the aircraft connection. AXA Power demonstrated the advantages of these features comprehensively during the factory mock-up tests.

Because of the integrated procurement approach, IGA has experienced very few problems with the implementation. We are working closely with AXA to develop the interfaces with the gate management system and ensure that the feedback and monitoring of the individual units is aggregated with the resource management systems, so that we have a fully operational SCADA for the entire stand equipment package. This is something IGA believes will enhance the operation and service provided to the airlines.

The IGA approach means that there is a single point of responsibility for the commissioning and handover of the stand equipment and as such, IGA anticipates to be able to go live in the shortest possible time”

The order comprises 147 AXA Power Coils, together with 81 AXA PCA 3400 130 units and 33 AXA PCA 3400 210 units. As with all AXA Power GPUs and pre-conditioned air units, a smart common ITW GSE icon-based user Interface is fitted as standard; this is as easy and intuitive to use as a smart phone or tablet, thus rendering the operation extremely straightforward.