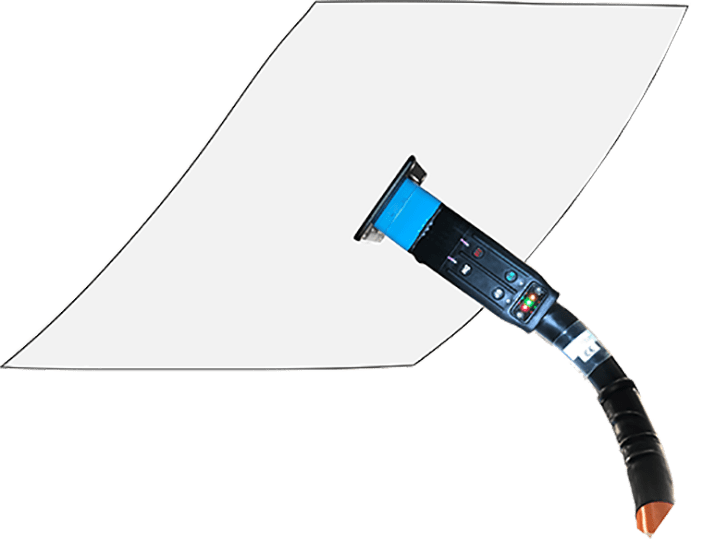 The modular 400 Hz aircraft cable assembly is a critical connection between the aircraft and the 400 Hz power supply.

To ensure seamless operation of the complete 400 Hz system and on-time aircraft departures, the assembly must be robust and dependable.

The ITW GSE cable assembly is designed for exactly that purpose and it is among other well suited for the ITW GSE 2400 Power Coil.

The 400 Hz aicraft cable assembly consists of a low loss power cable and a connector.

The parts are vulcanized together which results in a highly reliable and completely watertight cable assembly that can withstand the rigorous demands on the ramp. 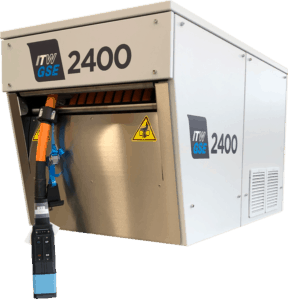 To prevent the aircraft from moving away from the Boarding Bridge as long as the 400 Hz system is connected to the aircraft, the aircraft cable assembly incorporates a unique ITW GSE safety device called a split F pin. This solution is by far much more dependable than the traditional solution which uses a mechanical switch.

The connector end is equipped with a replaceable contact section and an abrasion resistant cap that protect and extend the life time of the complete assembly. As operators will know, those parts are subject to wear and tear. To reduce maintenance costs and increase up-time, the components can be exchanged in less than 5 minutes – also on the ramp.
That‘s flexibility at its best.

Operation of The Connector 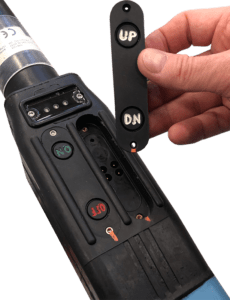 The connector is injection molded around the wires and the terminals thus preventing water intrusion and corrosion.

It is completed with the below LED modules and switch modules

The LED and switch modules can rapidly be exchanged even on the ramp. And you simply cannot be wrong when reinserting replacement modules.

For safety, the connector incorporates three PTC100 sensors, one for each phase. In case of a worn out pin or the like that can cause overheating, the sensors report the failure in due course. As the sensors are inside the connector head, replacement of the contact section does not compromise the function of the sensors. 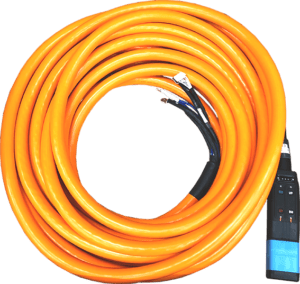 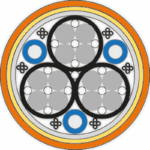 The flexible, balanced cable is made of PUR (polyurethane). It can be used under extreme environmental conditions and high mechanical stress.
It comes in orange color for high visibility on the ramp and is available in two lengths:

The double insulation layer in different colors makes it easy to identify when the outer layer is worn out or damaged and requires replacement.

Check out the video to learn how you replace a cable in an ITW GSE 2400 Power Coil.

Until 2018, the 270 VDC Low Inductance Ground Power Cable was sold under the J&B Aviation brand.

Read more about our brand history.

Thanks for using our Fast Track brochure download. They are now sent to your e-mail. Happy reading!